This past summer, Jessica Snapp, had the opportunity to live and study in Buenos Aires, Argentina as part of Episcopal’s Lastinger Summer Scholars program. Ms. Snapp has been a French and Spanish teacher at Episcopal for seven years, and has had the chance to learn a lot about foreign language acquisition through various professional development programs throughout the years.

In Argentina, Ms. Snapp took classes at a school that specializes in bringing conversation and culture into the lessons. Through these language classes, Ms. Snapp learned many techniques that she can bring to her classroom to enrich the communicative nature of her lessons. While in Argentina, she was able to record Spanish speakers for listening activities, as well as collect photographs for the new textbook. While in Argentina, Ms. Snapp took advantage of every possible cultural class and excursion. She went to a tango class, went to a Argentinian slang workshop, took a cooking class of typical Argentinian cuisine, traveled to Iguazu Falls, and explored many of Buenos Aires’ diverse neighborhoods. After the program concluded, Ms. Snapp also traveled to Chile, Brazil, and Uruguay.

Ms. Snapp is also in the process of writing a Spanish 1A textbook that students will be using beginning next year.

“I returned to Jacksonville in August full of new ideas and teaching resources for my Spanish classes!” said Ms. Snapp. 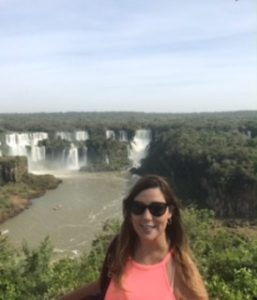 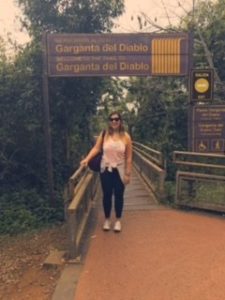