Helen C. Rowan, longtime trustee and parent of three ESJ alumni, will serve as Episcopal's new Chair of the Board of Trustees this year. Helen follows David C. Hodges '90, who served as Chair from 2016-2019.

"I am immensely humbled and honored to support the school in its mission and to work closely with The Rev. Adam Greene, Head of School, and the Board," said Helen. "We are blessed to have a very talented and committed Board, and I never cease to be impressed with their expertise and passion for the school. Under the recent leadership of David and Adam, we have set our strategic course and will continue to build on our strong foundation." 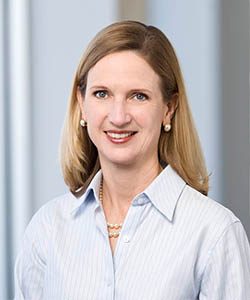 Helen has served on the Board of Trustees since 2011. She was most recently the Board's Treasurer (2016-2019). She also has served on the Executive Committee, Chair of the Finance Committee (2014-2019) and on the Strategic Planning Committee. She and her husband, Paul Halloran, are parents of Diana '11, Sean '15 and Margaux '18.

Helen is Chief Customer Officer at Web.com. She joined the senior leadership team at Web.com in 2014, where she founded the Customer Experience team, and now also leads the company\'s Support and Fulfillment teams. Previously, Helen served in multiple senior management roles at Rayonier Inc. and Bombardier Capital. Helen started her career at Barnett Bank, which was later acquired by Bank of America. She held positions of increasing responsibility at Barnett that eventually led to her selection as President and CEO, Barnett Merchant Services, Inc. In addition to Episcopal's Board of Trustees, she serves on the board of Ascension/St. Vincent\'s Hospital System. Her previous philanthropic leadership includes serving as a board member and treasurer of Habitat for Humanity of Jacksonville, the University of North Florida Foundation, and the American Red Cross of Northeast Florida. Helen graduated with distinction from Cornell University and holds an MBA from the Amos Tuck School at Dartmouth College.

New members of the school's Board of Trustees include David Barksdale '84, Paige Hakimian, Andy McCain '80 and Mike Grebe. Mike Kelley has joined the Foundation Board. 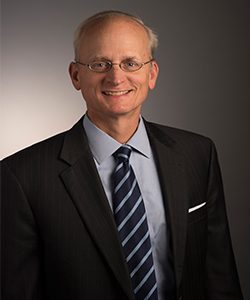 David Barksdale '84 is a member of the Class of 1984. David graduated summa cum laude from Vanderbilt University in 1988. He received his J.D. from the University of Florida in 1992, with honors. He practiced two years with the Bedell Firm as an associate, then spent four and a half years with the State Attorney\'s Office in Jacksonville, where he was a division chief. He returned to the Bedell Firm as a partner in 1999. He and his wife, The Honorable Patricia Barksdale, have three children, Jack '19, Sally '21, and Sam. David was a member of the Alumni Board from 1994-1997 and served as a faculty member from 1988-1989 before attending law school. He is also the announcer for the Eagles Varsity Football team. 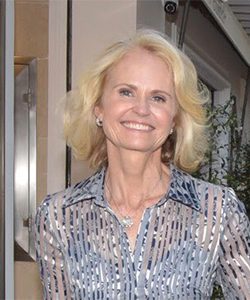 Paige Hakimian is a proud former Brownie, Girl Scout, and competitive equestrian and has spent almost all her life in Jacksonville. She is a proud graduate of Wolfson High School, Class of '84, and graduated from the University of South Florida with a degree in criminology. Paige became a real estate broker when she was twenty years old, while still in college. She and her then-fiancé, Ben Hakimian, began buying real estate together several years before they married in 1988. Today, Hakimian Holdings, a real estate acquisition and holding company, commands a regional presence in North Florida with over a million square feet of retail and office space. Paige has spent 27 years serving on all the campuses of her children\'s pre-school, primary, middle and high schools. She helped bring Solace for the Children to Jacksonville, which is a healthcare mission for children in war-torn countries. She has spent years serving at her church, St. John\'s Cathedral, through many roles, but especially immigrant services. She has led a goal development class for many years for athletically and academically gifted young women from underserved communities in Duval County. She also hosts responsible financial planning classes for young women, including the Jacksonville University Women\'s Basketball team. She was also recognized as a 2019 \"Woman of Distinction,\" which honors local women whose accomplishments in careers and community service exemplify the values of Girl Scouts. She is currently earning her master's degree in psychology from Harvard University. \"My greatest sense of accomplishment, without question, comes from our six amazing children, who have blessed our 30-year marriage with more joy and love than we could have ever wished,\" said Paige. The Hakimian's sixth child, Hollin, is a member of Episcopal's Class of 2019. Paige was an active supporter of Varsity Girls Basketball, which Hollin played while at ESJ. 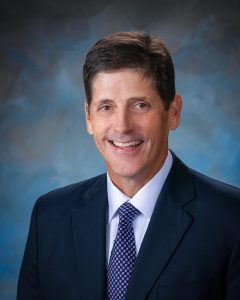 Andy McCain '80 Andy McCain is the President and Chief Operating Officer for Hensley Beverage Company. Andy\'s responsibilities consist of overseeing all aspects of the company which include managing the operations; finance; treasury; accounting; strategic planning; information technology; and sales and marketing functions. Andy earned a mathematics degree and an MBA from Vanderbilt University. His community involvement includes serving as the Chairman of Hensley Employee Foundation, as a member of the Board of Visitors for Vanderbilt\'s Owen Graduate School of Business, and as a member of the Patrons Committee of United Methodist Outreach Ministries\' New Day Centers. He is a past board member of the Arizona 2017 Final Four Committee; Arizona 2016 College Football Championship Local Organizing Committee; the Arizona Super Bowl Host Committee; past chairman of the Board of the Fiesta Bowl; past chairman of the Anheuser-Busch National Wholesaler Advisory Panel; and past chairman of the Greater Phoenix Chamber of Commerce.
He has lived in Phoenix since 1996 and is married with two children. 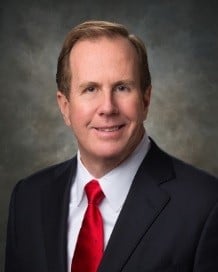 Michael (Mike) Grebe joined the Board of Trustees in January of 2019. Mike is an Advisory Director at Berkshire Partners, LLC, a leading private equity firm located in Boston, MA. Mike previously served for 18 years at Interline Brands, and as the Chief Executive Officer from 2004-2016. Mike serves as Vice Chairman of the Board of Directors of the Baptist Health System. Mike also sits on the Board of Directors for Access Information Management, Inc., Sterling Talent Solutions, Inc., Berlin Packaging, Inc., and SRS Distribution, Inc. Mike formerly served on the board of the Jacksonville Branch of the Federal Reserve Bank of Atlanta. Mike was a member of the Institutional Sustainability Committee for Episcopal\'s Strategic Plan. He earned a bachelor\'s degree in business administration from the University of Michigan and served as a U.S. Naval Officer. He and his wife Eileen have a daughter, Katelynn, in the Class of 2023 at Episcopal.

Mike Kelley has joined the Episcopal Foundation Board as a new member for the 2019-2020 school year. Mike is a Managing Director at Alex.Brown, a division of Raymond James. His clients include wealthy families, corporate executives, mutual fund companies, hedge funds, pensions, charitable trusts, endowments, and family offices. Mike began his career in financial services as an investment banking analyst and began serving institutional clients in 1997 as part of Citigroup and RBC Capital Markets Desks in Boston. In 2016 he returned to Jacksonville to help build Deutsche Bank\'s Equities business. Prior to his career in finance, Mike served as a legislative aide to Florida Senate President Ander Crenshaw. Mike graduated from the University of Florida and received the International Rotary Scholarship to study in Austria. He is a member of the UF History Department\'s Advisory Board, a member of the Board of Governors of Timuquana Country Club, a trustee for the JAX Chamber and has served on the board for Young Life Jacksonville. He and his wife, Heather, have a son, Ander, and a daughter, Mary Kate Kelley, who is a member of Episcopal's Class of 2021.

Posted in All news