The AP Drawing Portfolio is an intensive course, requiring students to produce art at the college level. Students compile a portfolio of 15-20 original artworks demonstrating mastery in composition, technique, and concept. They pursue the WHY behind their own artistic process and participate in weekly critiques of classmates’ work, as well as submit completed pieces approximately every two weeks. Be sure to mark your calendar for the Senior AP Art Portfolio Show in the Berg Gallery on the evening of April 24.

“Lizzie Conklin has always been captivated by the artistic process. Drawing, painting, piano, and literature are all processes that she loves,” said instructor Rebecca Hoadley. “Her freshman year yielded positive paintings due to her hard work and many extra hours of practice at home. Sophomore year, she won a national award for her oil pastel drawing, and junior year provided the opportunity for oil painting. Now a senior, Lizzie’s work invites the viewer into settings she has created.”

Mark your calendar for the Senior Portfolio Show on April 24 at 6:00 p.m. in the Berg Gallery in the Munnerlyn Center.

Lizzie, how does your work demonstrate the exploration of your idea?

21st Century Humanism is the central idea of my concentration. My idea for the portfolio is to concentrate on the humanist revival of the 21st century. During the Renaissance, philosophers, politicians, and artists began to concentrate on the individual rather than religion. Artists used human models, started painting portraits commissioned to them, exaggerated the human form, etc. They even began to sign their own work. With this came a relative death of humility and the birth of humanism. The 21st century has witnessed a similar trend. With social media, people are encouraged to glorify their own body, document their own life, etc. Selfies are shameless. I would like to combine the 21st century humanism with the Renaissance one; my paintings will utilize Renaissance style (chiaroscuro, realism, etc.) but present them in the 21st century with the media that has created a second humanist movement.

How the idea has evolved over the year?

When the year began, I intended draw mostly portraits. They had been my favorite thing to draw over the summer, and I’ve done so many studies that I thought I would be better prepared to paint a human face than anything else. Unfortunately, this became tedious. After painting three, I decided to take a break and do some simpler still-lifes. The challenge of extending my concentration was one I was excited to take on.

I usually draw from and imitate aspects of paintings I like. I liked the Zorn palette, so I decided to limit mine; I liked Velásquez’s Las Meninas, so I put myself in one of my paintings; I liked the glint in the right eye of John Singer Sargent’s Carolus-Duran, so I put a dot of white in one of mine. Although I try to make my work original, it’s too fun to learn from others’ work rather than not.

What do you hope the viewer to see in your artwork?

I hope the viewer sees how much I enjoy painting through my work. Despite how frustrating it can be, there is nothing more rewarding than finishing a work you made yourself.

I started taking art in kindergarten, so I guess I’ve been making art for 13 years. I only started to feel like I was truly making my own work after Ms. Hoadley taught me the importance and value of painting from your own reference. 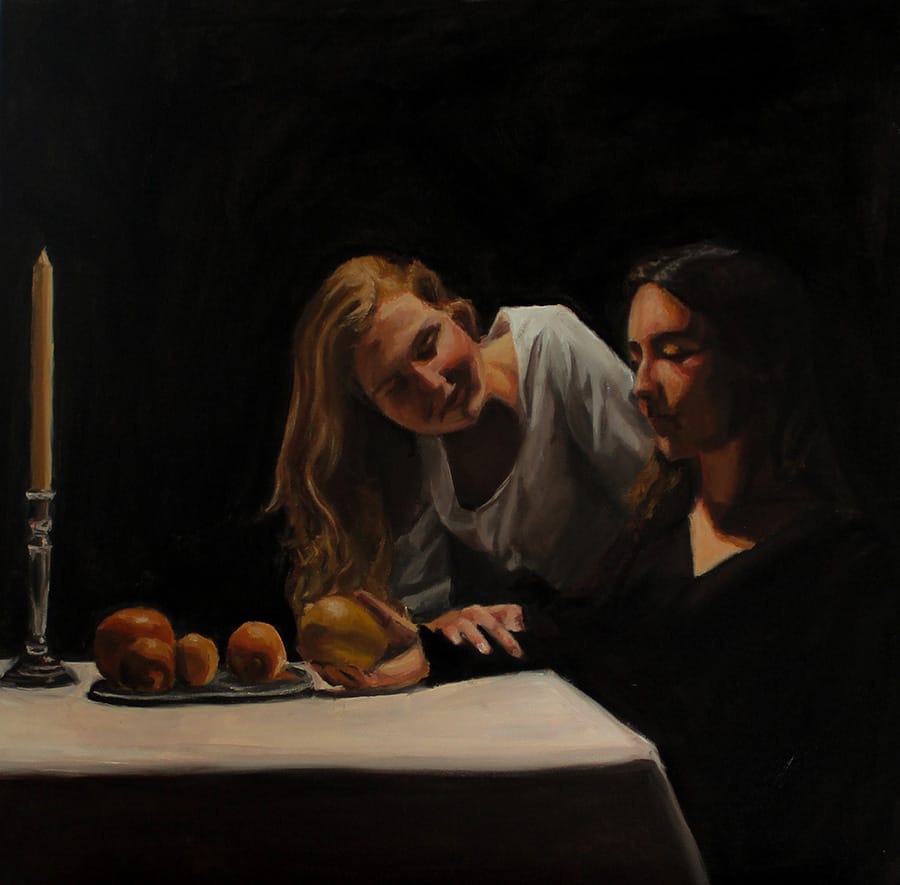 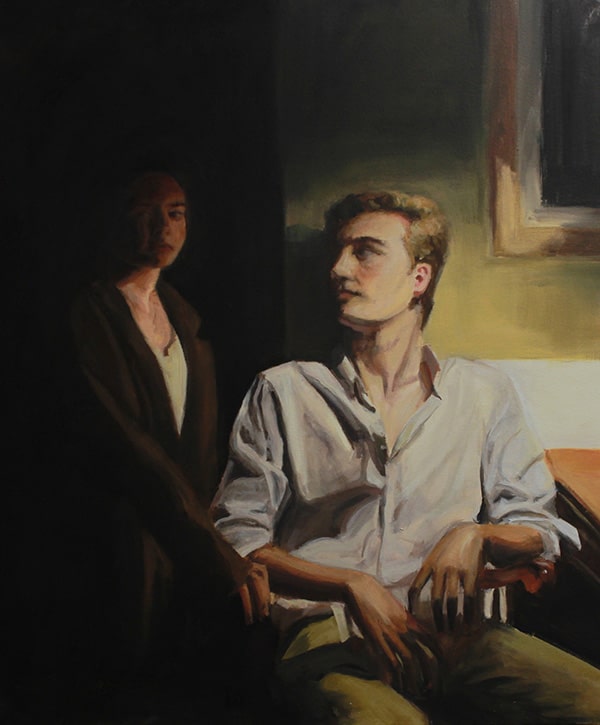 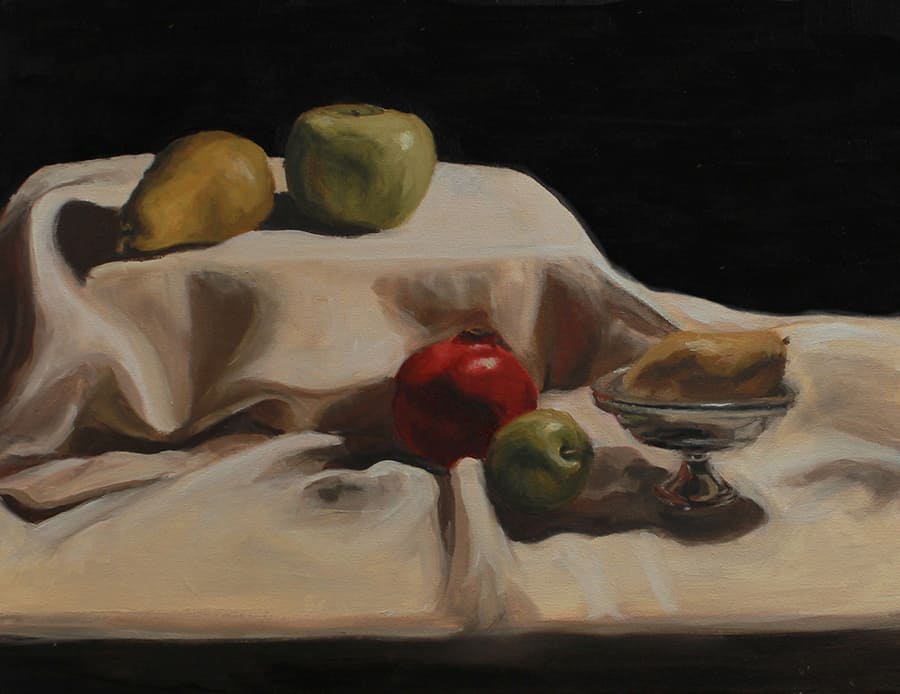 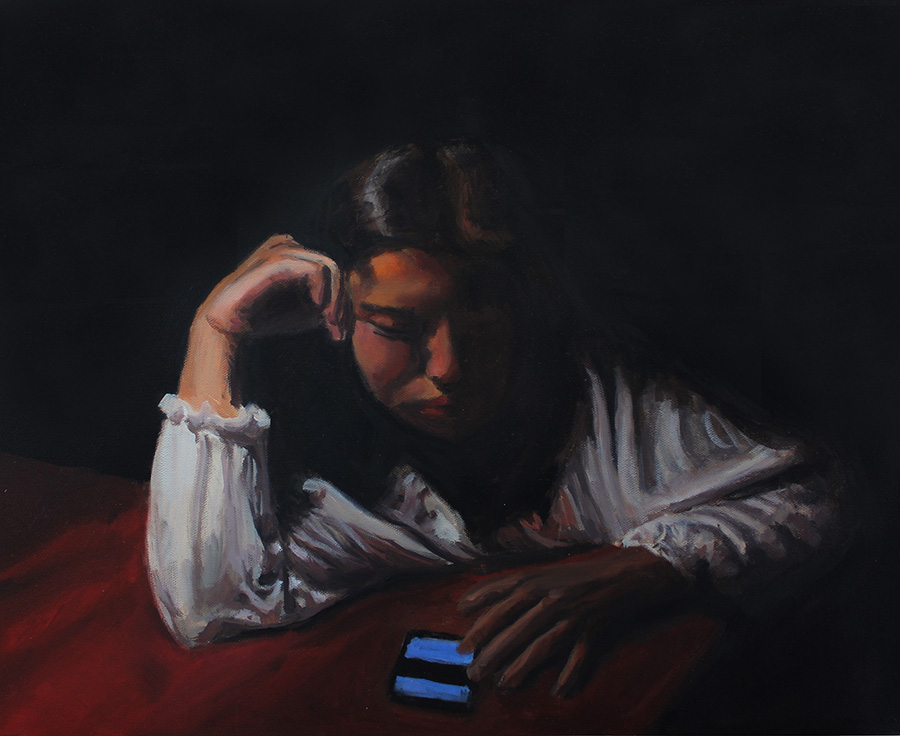 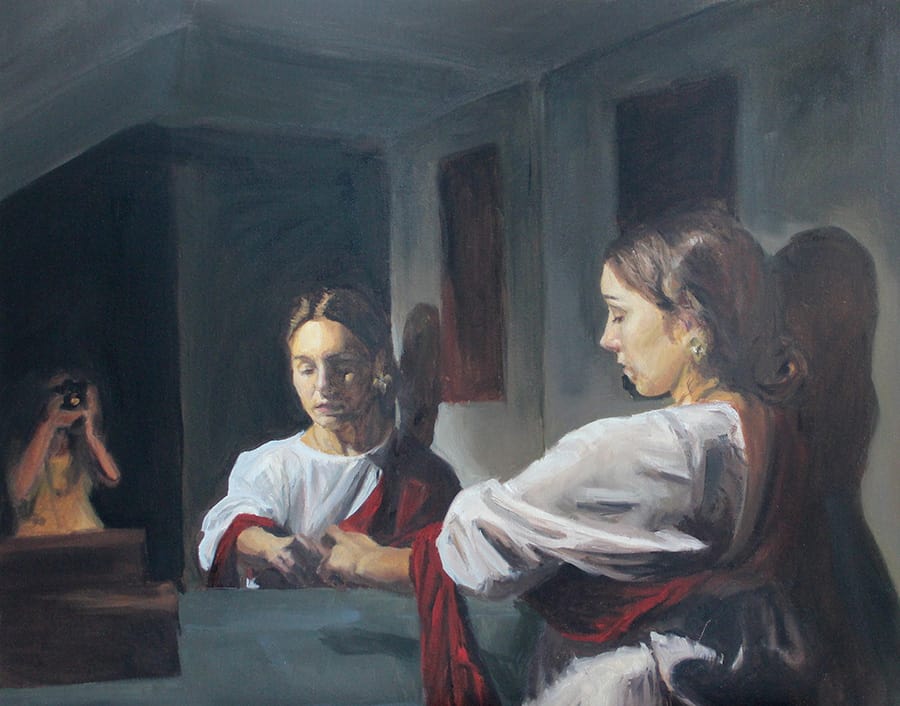 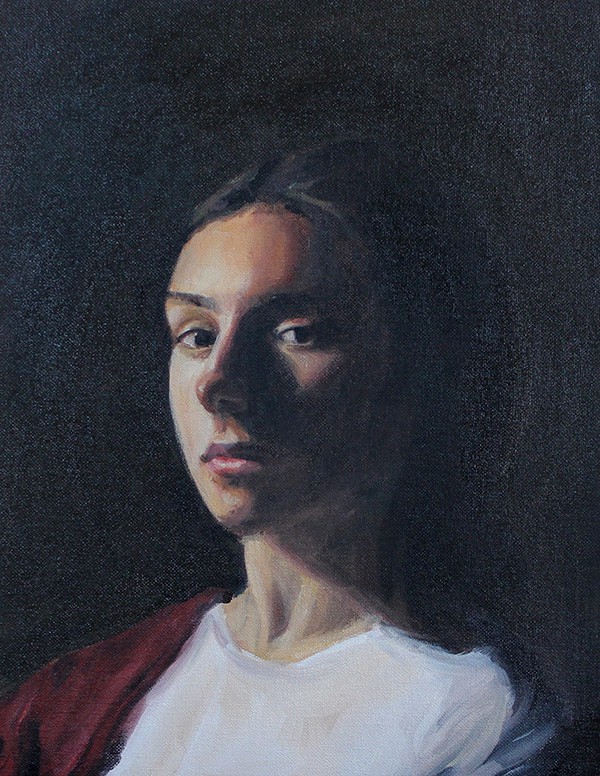