The AP Drawing Portfolio is an intensive course, requiring students to produce art at the college level. Students compile a portfolio of 15-20 original artworks demonstrating mastery in composition, technique, and concept. They pursue the WHY behind their own artistic process and participate in weekly critiques of classmates’ work, as well as submit completed pieces approximately every two weeks. Be sure to mark your calendar for the Senior AP Art Portfolio Show in the Berg Gallery on the evening of April 24.

“Lilly’s artwork shows mastery of technique in composition, concept, and attention to detail. Her work is a reflection of her own time in New York City, and reflective of her artists eye as she seeks to share what captivates her with the viewer,” said instructor Rebecca Hoadley. “Lilly brings a beautiful perspective to class critiques and studio time. In the past four years Lily has won several art awards and her work is displayed in every gallery on campus consistently.”

What is the central idea of your concentration, Lilly?

My concentration is composed of images that I have taken during my time spent in New York City.  I spent five long weeks in New York studying fashion at Parsons. As a temporary local, I began to view the city from a different perspective. I wanted to depict the idea of simplicity and silence in the hectic city of New York. New York City is known to be the “city that never sleeps” and although that is true, the constant movement can bring tranquility. I aim to capture the serene moments that tourists often miss.

How does your work demonstrate the exploration of your idea?

Following the lines of serenity, I decided to focus on graphite pencils and perfecting the art of shading.  I used the tortillon to blend the shadings and create a smoother appearance. Seen my in bedroom piece, I found the shadows from the pillows and gave it a 3D look.  I believe the gray scales I use in my pieces expand on the serenity of a big city like New York.

How has your idea evolved over the year?

I was not certain of my concentration when I began the journey.  I started with the washing machine piece. Throughout the process, I realized how much I enjoyed graphite.  I found so much happiness drawing my favorite memories in my favorite city. This feeling assured me of the path for my concentration.

I began my process with finding an image from my experience in New York.  I continue to print out that image and grid it inch by inch. After this, I find the proportions on the mixed media paper.  I usually choose a smaller size paper so I can focus on tiny details that bring it all together. I focus on finding the perfect shade of gray with smooth pencil strokes.  I gain inspiration from the content feeling with completing a successful piece.

What do you hope the viewer will see in your artwork?

I hope the viewer sees the peaceful moments that the average tourist does not normally get to experience.  While in New York, I felt as if I matured into myself and found independence and I hope the viewers see the emotion in my work as well.

I have been creating work since I can remember. In eighth grade, I received the Middle School artist award. This moment gave me recognition of my passion. I became confident in my work and drawing things I wanted.  I created work that I connected more too and expressed myself through my art. 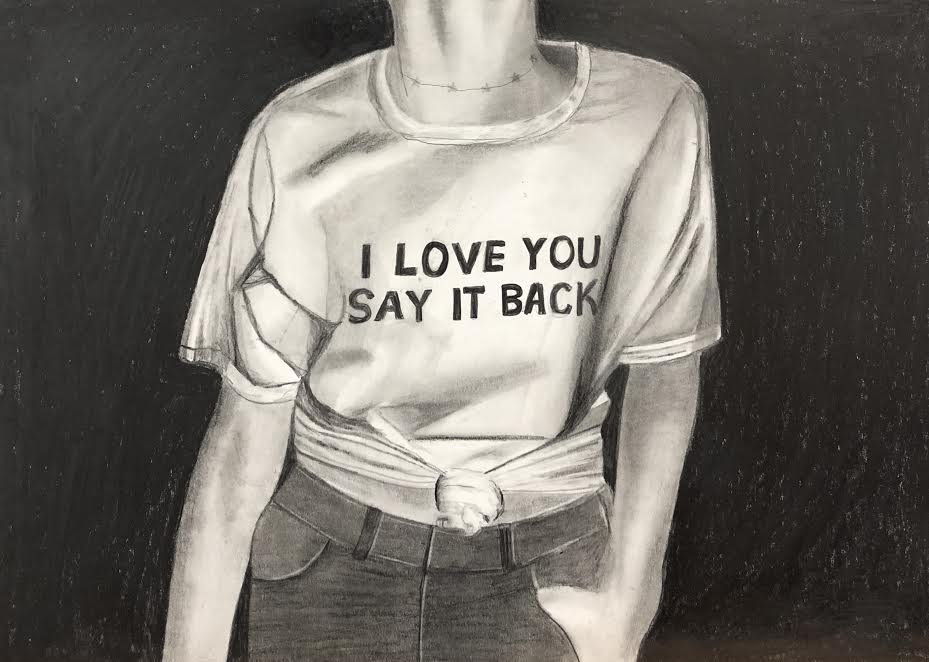 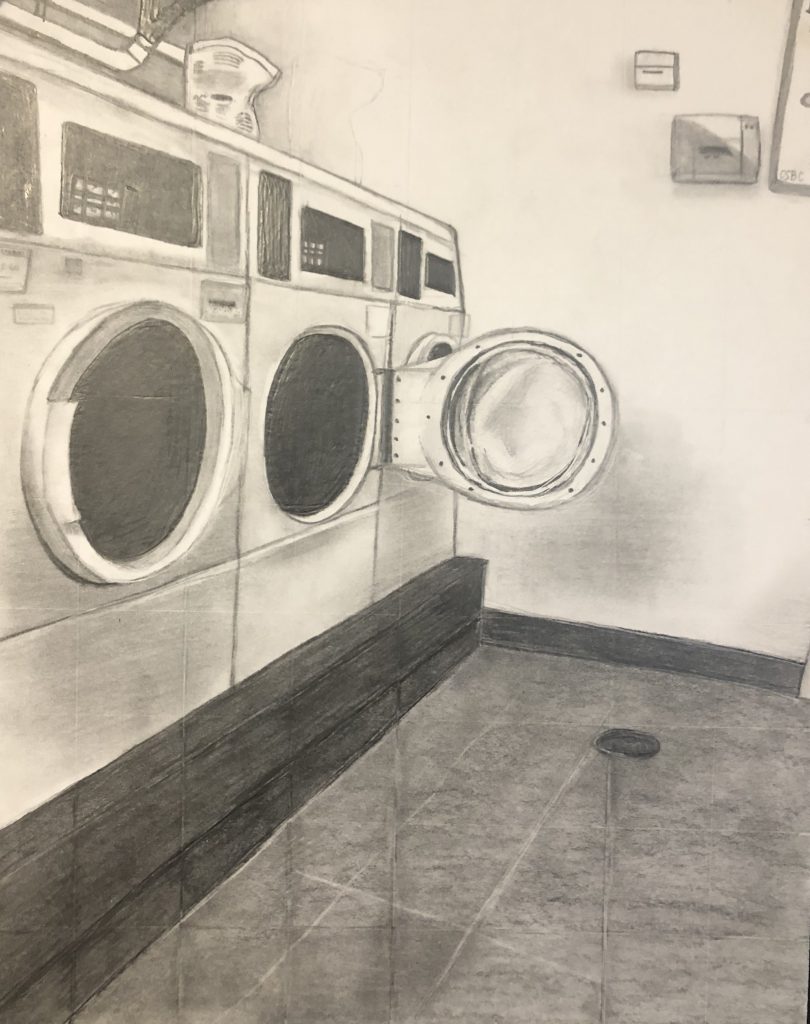 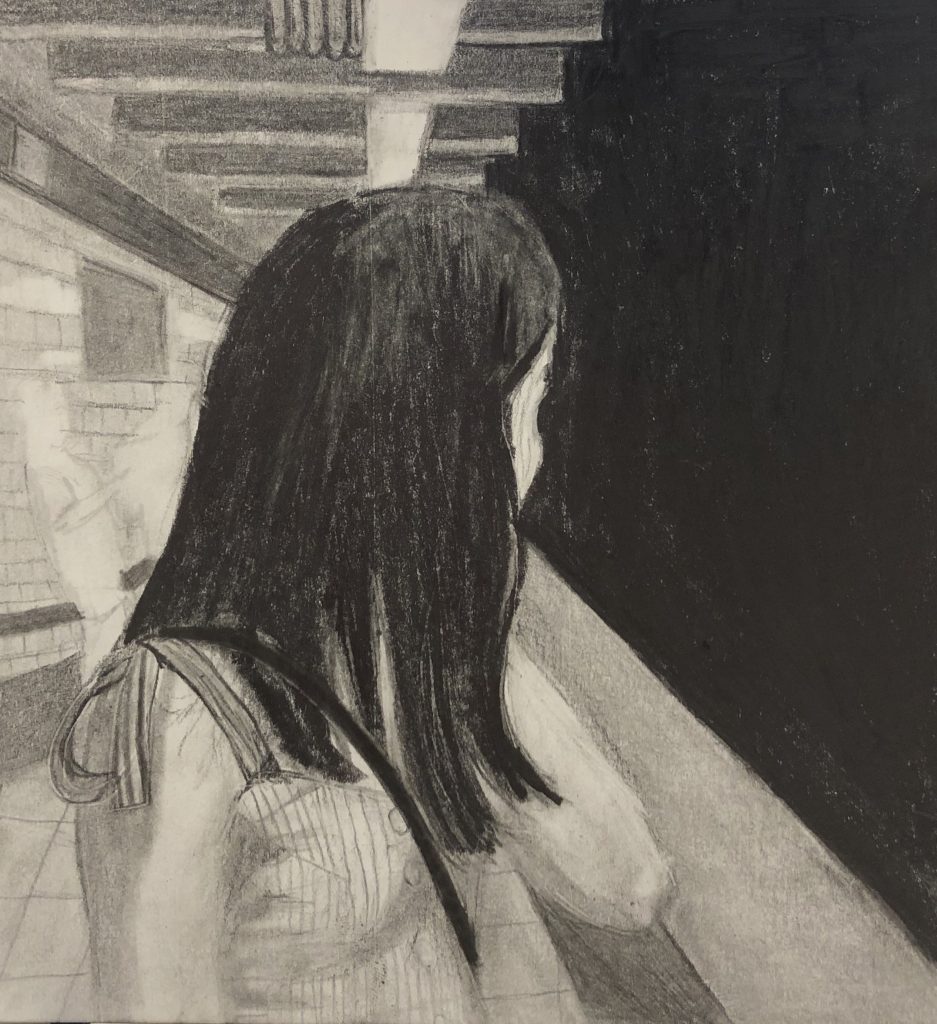 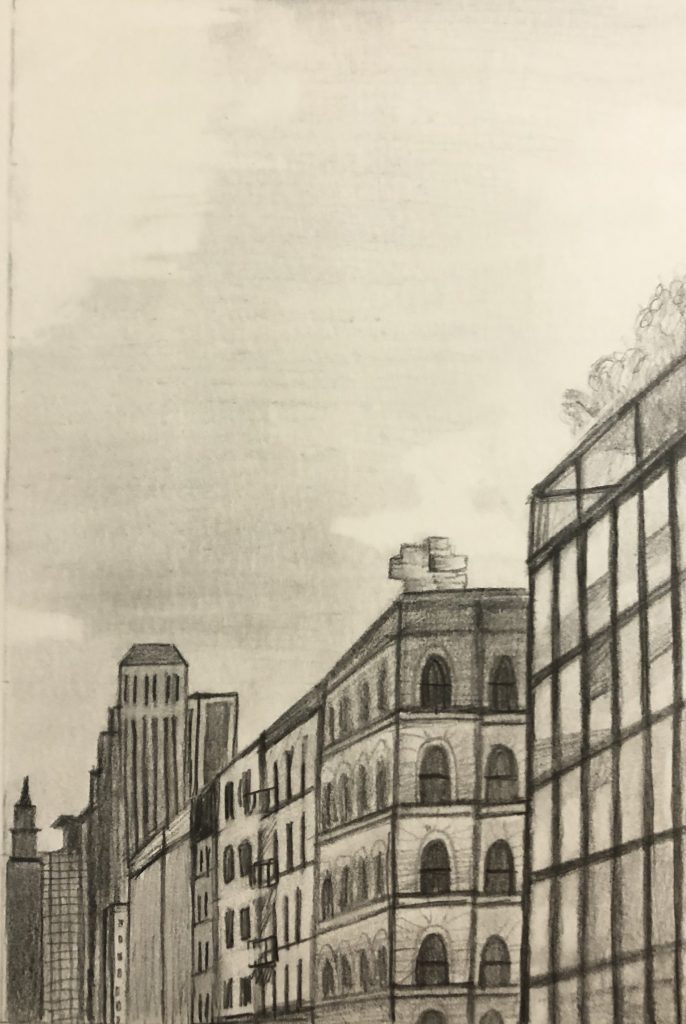 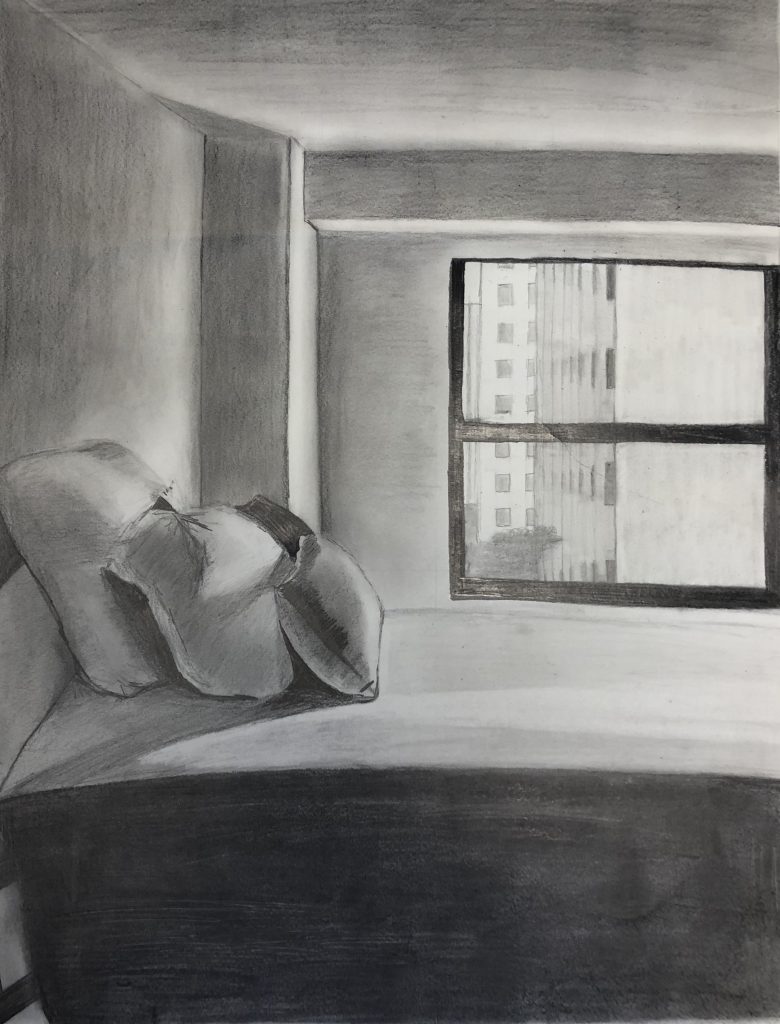