The Episcopal softball training facility was dedicated Monday afternoon in honor of former student Farley Callaghan, daughter of Charles and Rushton Haskell Callaghan ’82. Farley, who was a member of the Class of 2017, played softball at Episcopal and now plays for Florida Gulf Coast.

Episcopal thanks the Callaghan family for their Lead the Way campaign contribution in support of the softball program and the new training facility. The new facility has a batting cage that includes four hitting tunnels (which can be divided into eight shorter tunnels). Nets can also be pulled back to allow for one large covered area for defensive work (pitching and fielding). Four soft toss/tee stations and two bullpen areas were installed as well. The area behind the training/batting cage was leveled so that three additional bullpen stations and an infield area can be used for pitchers and infielders.

The dedication took place before the Eagles played Bartram Trail on Marchman Field, winning 1-0 after Rushton and Farley threw the game’s first pitches. Rushton served on the Alumni Board and was named Alumna of the Year in 2017. The Callaghans are longtime supporters of the school. 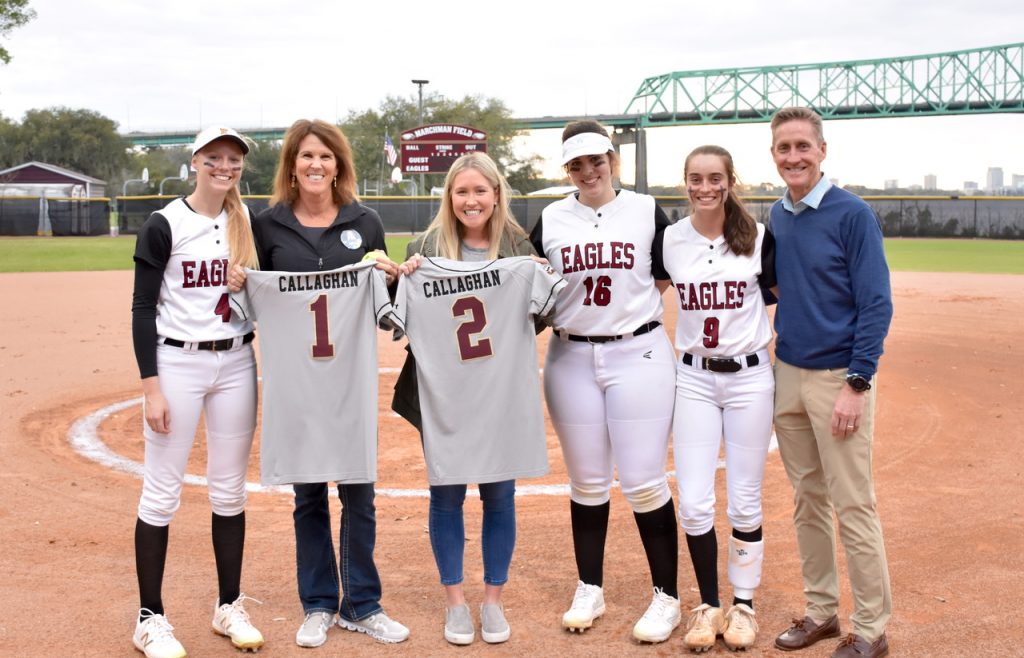 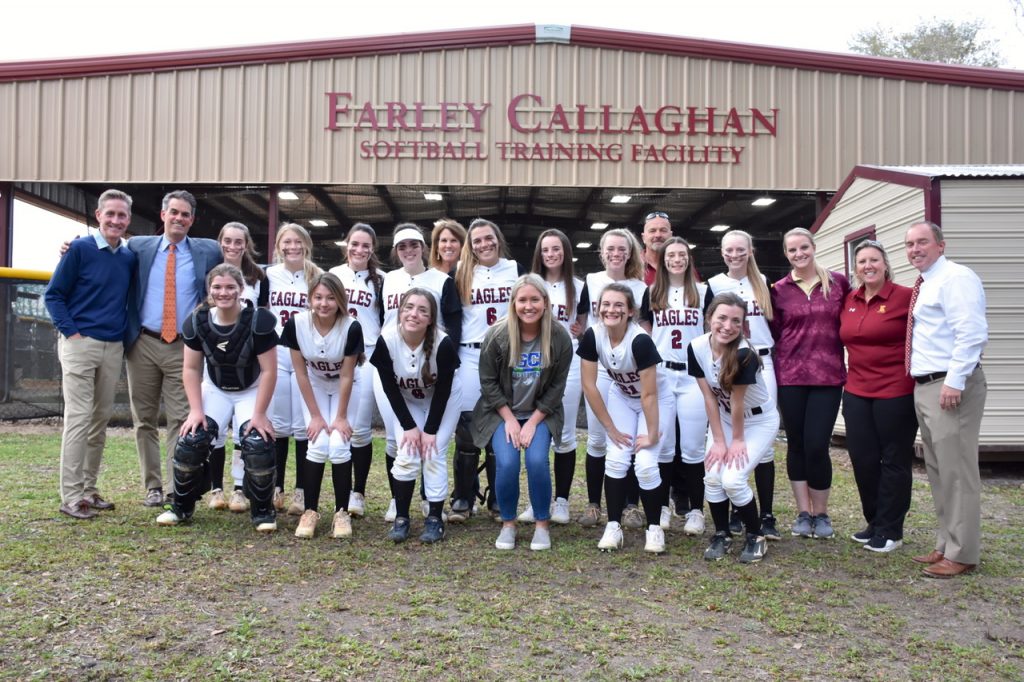