The Alumni Hall of Honor gained two new inductees on Tuesday, March 11. Timo Weiland '01 and Sally Hogshead '87 were inducted during a special ceremony in the Munnerlyn. Hall of Honor members represent professional and personal accomplishments in the following areas: Arts, Athletics, Humanitarian, Academia, and Business. These five fields represent individual facets of an Episcopal education. Timo was inducted in the arts category and Sally in the business category. The Rev. Adam Greene, Head of School, and Alumni Board President Heather Rainey Moseley '88 welcomed the inductees, who spoke to family, alumni, faculty, staff, and students following their induction. This is the second Alumni Hall of Honor induction in Episcopal's history. 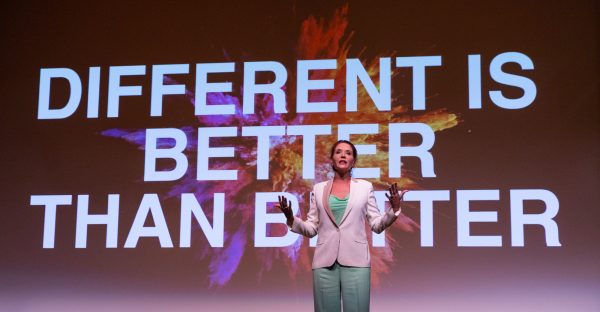 After graduating from Duke University, Sally skyrocketed to the top of the advertising elite, creating TV commercials for brands like Nike and Coca-Cola. By 24, she was the most award-winning copywriter in the U.S. And at 27, she\'d opened her first ad agency, in Los Angeles. At age 30, her work was hung in the Smithsonian Museum of American History.
Today, Sally writes New York Times best sellers on the science of fascination… why we\'re impressed by certain people and brands. She has repeatedly been named the #1 Global Brand Guru, and frequently appears on NBC\'s morning show, TODAY.

Sally created The Fascinate test, the world\'s first personal brand test, which measures your most fascinating and impressive qualities. More than one million professionals have taken her test, including leaders in companies such as Facebook, Porsche, NASA, and Twitter.

Sally is one of only 200 professional speakers to be inducted into the Speaker Hall of Fame-- the industry's highest award for professional excellence. 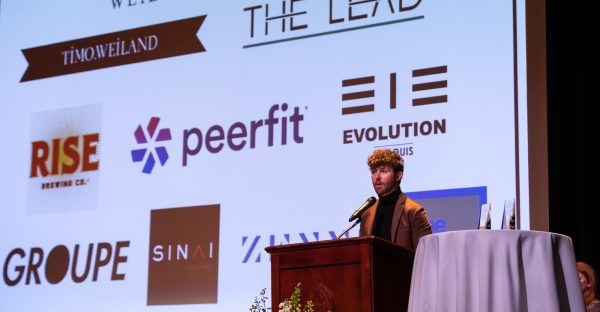 Timo Weiland is an award-winning Creative Director, serial entrepreneur, and DJ based in New York City. After graduating from Episcopal in 2001, he studied economics, Spanish, and business at Vanderbilt University. After graduating from Vandy, Timo worked for several years as an investment banking analyst at Deutsche Bank Securities, Inc. covering Media & Technology before launching his first startup. Since 2010, Timo has successfully built a namesake lifestyle brand, as well as businesses across food & beverage, design, media, B2B intelligence, real estate, technology, and venture capital.

In March of 2018, Weiland co-founded The Lead , a vertical media company designed to help fashion, beauty, & lifestyle retailers innovate and find business opportunities in the technology market. The Lead serves as a research and executive events platform with the mission to "bridge" the world of fashion with the global Silicon Valley. Timo works between his creative offices in Brooklyn, the Timo Weiland store on the Bowery, recording studio in Dumbo, and venture capital offices in the West Village of Manhattan. The Timo Weiland brand will open a second store location in Los Angeles on Melrose Avenue in June 2020. Timo has been recently profiled in The New York Times, Architectural Digest, Vogue, WWD, Forbes, and Fast Company.

Posted in All news