Photos from throughout Episcopal's 50 year history are available on Flickr. Selected pictures make up this 50th anniversary album.

In 1967 on the octave of All Saint's Day, Episcopal students sang a folk mass during Wednesday Morning Worship that was written by Canon Ian Mitchell of St. John’s Cathedral and commissioned by the school.  It was called “The Liturgy of the Lord’s Supper,” and became, more popularly, “The Mitchell Mass.”  The service is sung by members of the student body, accompanied by a student band which includes brass, electric guitar, organ, and drums.

One newspaper reviewer at the time described it as beautiful, spiritual music with a “Georgy Girl beat.” Local television stations filmed the mass and played it on TV while students hit the road to perform at Episcopal churches throughout Jacksonville.  The school also made a record of the mass, which was sold for $4.15 in the Episcopal bookstore.

“’The Mitchell Mass’ helped crystallize in everyone’s mind why they joined the [Episcopal] community.  The heart and the soul of Episcopal was, and is, the love of God,” Louise Bignon (1920-2011), Episcopal's longtime librarian, archivist, and Classics teacher, shared about the mass during an interview.

Thanks Be To God! is a "contemporary musical setting used for Holy Communion" performed by the "Upper and Lower School Choruses" of Episcopal, written by Episcopal's Chaplain, the Reverend Canon Bertram Herlong (the school's first Chaplain), and the Assistant Chaplain, The Reverend James B. Samuel, in the 1970s. In 1972, the choruses were invited to perform portions of the mass on national NBC Radio. 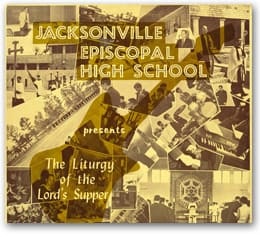 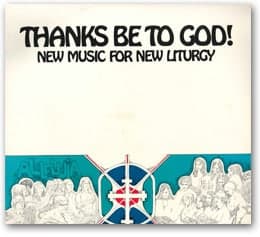